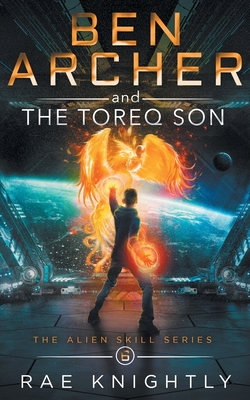 CAN A HUMAN BOY SAVE EARTH FROM AN ALIEN INVASION?

From his jail cell on an alien warship Ben watches, helpless, as the Toreq blast the Earth with droughts, floods and hurricanes. Ben's hopes of bringing balance back to the natural world are in shambles. His enemies accuse him of having misused his alien power and are only too happy to make him the scapegoat for humanity's wrongdoings.

Only Mesmo could convince his people to stand down. But Mesmo has disappeared and Ben fears the worst.

What can a thirteen-year-old-human boy do to save Earth? Can he regain his freedom and stop General Zoltar from executing his deep, dark secret - one that could doom them all?

The Alien Skill Series is a science-fiction adventure series for teens. Readers who enjoy Percy Jackson or Crime Travelers will enjoy this fresh, age-appropriate story with a scifi twist the likes of A Wrinkle in Time and Animorphs. These middle-grade books have won the hearts of young and old alike, turning them into a best-selling, award-winning coming-of-age series filled with alien powers, hidden enemies and a thought-provoking glimpse into the way we treat our planet.