The Art of Nausicaä of the Valley of the Wind (Hardcover) 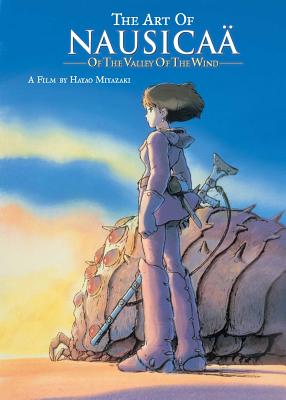 The Art of Nausicaä of the Valley of the Wind (Hardcover)


Usually Ships in 1-5 Days
An epic fantasy written and illustrated by the legendary director Hayao Miyazaki!

An addition to the perennially popular line of Studio Ghibli art books—which include interviews, concept sketches, and finished animation cels—of classic animated films such as Spirited Away and My Neighbor Totoro.

Hayao Miyazaki’s Nausicaä of the Valley of the Wind, based on his own manga, was released in 1984 and has been a cult classic ever since. In a long-ago war, humankind set off a devastating ecological disaster. The earth is slowly submerging beneath the expanding Sea of Decay, an enormous toxic forest that creates mutant insects and poisonous spores. Beyond the sea lies the Valley of the Wind, a kingdom of barely 500 citizens and home to Nausicaä, who risks everything to save her people and bring peace and health to the valley. Includes sketches, developmental water colors, cel animation, and more.
Hayao Miyazaki is one of Japan’s most beloved animation directors. In 2005 he was awarded the Venice International Film Festival’s Golden Lion Award for Lifetime Achievement, and his Studio Ghibli received the festival’s Osella Award for overall achievement in 2004. Miyazaki’s films include Spirited Away, winner of the 2002 Academy Award® for Best Animated Feature Film, as well as Castle in the Sky, My Neighbor Totoro, Kiki's Delivery Service, Princess Mononoke, Howl's Moving Castle, and Ponyo, all of which have received great acclaim in the U.S. Miyazaki’s other achievements include the highly regarded manga series Nausicaä of the Valley of the Wind and Starting Point: 1979-1996, a collection of essays, interviews, and memoirs that chronicle his early career and the development of his theories of animation. Both are published in English by VIZ Media.