The Little Thing: A Tale of Fairies (Hardcover) 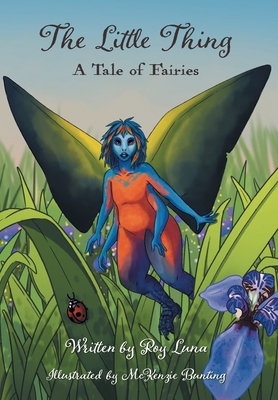 The Little Thing: A Tale of Fairies (Hardcover)

Humans always assumed that they were masters of the Earth, overseers of Nature, and that they could take from the planet and their fellow creatures everything they always wanted. There was no one to tell them that they couldn't. Up until now. Homo sapiens' custodianship of the planet and of all its myriad life forms has proved that not only are they not as sapiens as they deem themselves to be, but they are in dire need of a superior and more intelligent life force to give them their comeuppance. Swoop in the fairies, who have been here all along, but who quickly learned back in the days of homo neanderthalis, erectus, and habilis, that to show themselves to hominids meant certain death. Evolved before the split between reptiles and birds, fairies learned to hide through spectacular mimicry and perfect camouflage as defensive mechanisms against the destructive forces of the egomaniacal homo sapiens. Had they not, they would be extinct.

With humans on a rampage, fairies tried for eons to heal the harm that men wrought, undo their spoliation and, whenever they could, secretly sabotage their plans. But when men's devastation reached a critical mass, the fairies were forced to intercede more directly.

The fairies are not hiding anymore. They are out, undisguised, and noticeably enraged. They are out in full force to save us from ourselves, and thereby save our planet. They, of all creatures on earth, know how to stop humans in their disastrous tracks. Homo sapiens better not get in their way. Fata sapiens are here and are now in control.