Call of the Sun Child (Paperback) 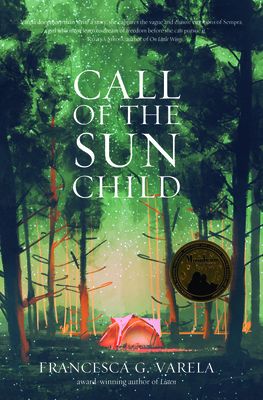 Call of the Sun Child (Paperback)

Sempra has lived all of her sixteen years in an enclosed dome called the Circadia Stable Living Facility. It is structured, sustainable, and windowless. After the sun grew in intensity, causing society to become nocturnal, it was the only safe place to go. No one remembers the outside world. For 150 years the government has warned them about the deadly sun, and savage, vengeful outsiders. There is only one punishment for any crime: to be exiled from the facility. But Sempra is curious. Beyond those walls, what is there to see? When she and her childhood friend, Alden, discover a forbidden book, she begins to question the facility, and, with it, everything she has ever known.

Francesca G. Varela was raised in Oregon’s Willamette Valley. Her dream of becoming an author began in third grade, and her writing career had an early start; she had a poem published in the 2002 edition of The Anthology of Poetry by Young Americans. Her debut novel, Call of the Sun Child, won the Bronze Medal in the 2014 Moonbeam Children’s Book Awards for Best First Book and also was named a Finalist in the 2015 Next Generation Indie Book Awards in the Young Adult category. She recently graduated from the University of Oregon with degrees in Environmental Studies and Creative Writing. When not writing, she spends her time practicing piano and violin, figure skating, walking her dog, Ginger, and exploring Oregon’s wild places.