In Search of the Dark Ages (Hardcover) 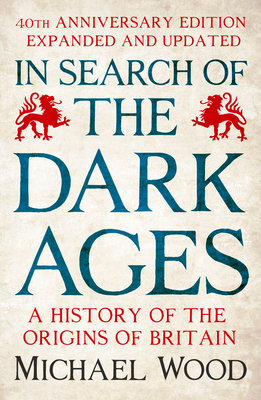 In Search of the Dark Ages (Hardcover)


Usually Ships in 1-5 Days
Fully updated and revised with the latest historical research by pre-eminent British Historian Michael Wood for the book's 40th anniversary. From Boudica to William the Conqueror, this is the definitive story of the Early Middle Ages and the hidden history of its people.

First published in 1981 and accompanying the hugely popular BBC documentary series of the same name, In Search of the Dark Ages is the bestselling book that helped establish Michael Wood as one of Britain's leading historians. The book is still highly regarded for its research in the field and continues to sell on even 30 years after publication.

Updated with the latest archaeological research new chapters on the most influential yet widely unrecognized people of the British isles, In Search of the Dark Ages illuminates the fascinating and mysterious centuries between the Romans and the Norman Conquest of 1066.

Here too, warts and all, are the Saxon, Viking and Norman kings who laid the political foundations of England: Offa of Mercia, Alfred the Great, Athelstan, and William the Conqueror, whose victory at Hastings in 1066 marked the end of Anglo-Saxon England.
For more than 20 years, historian and broadcaster Michael Wood has made compelling journeys into the past, which have brought history alive for a generation of readers and viewers. He is the author of several highly praised books on English history including In Search of the Dark Ages, The Domesday Quest, In Search of England and In Search of Shakespeare. He has over 80 documentary films to his name, among them Art of the Western World, Legacy, In the Footsteps of Alexander the Great, Conquistadors and In Search of Myths and Heroes. Michael was born in Manchester and educated at Manchester Grammar School and Oriel College Oxford, where he did post-graduate research in Anglo-Saxon history. He is a Fellow of the Royal Historical Society.
"Carefully. . . . Wood writes with grace and conversational verve as he incorporates the latest findings." —Publishers Weekly