The Girl Who Knew Too Much (Paperback) 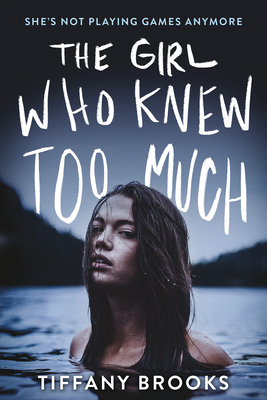 The Girl Who Knew Too Much (Paperback)

Survivor meets Lord of the Flies in this fast-paced adventure with fascinating characters and pulse-pounding tension. You think it's a game? Think again.

High school senior Riley Ozment is desperate to change her reality after making a fool of herself on social media. She needs to do something drastic to repair her social standing—like trying out for a Survivor-style reality TV show. Suddenly, Riley's dropped onto a deserted tropical island with nineteen other teens competing for a million dollars and a rumored treasure lost on the island.

But that treasure has a history: a local curse says that seven people need to die before the treasure can be found. And six hunters have already lost their lives in the search. Now the question is: who will be the seventh?

With a cast of vivid characters who will stop at nothing to win the show, a cursed island setting, and a priceless treasure waiting to be discovered, The Girl Who Knew Too Much pitches readers right into a scheming web of lies, love, and betrayal.

A fast-paced new thriller where allies may not be who they say they are and legends abound, perfect for fans of young adult mystery and suspense!

TIFFANY BROOKS has written a number of books for adults and teens. She lives in San Francisco.

"This thriller mixes the ins and outs of filming a reality show with a mystery, a side of romance, developing friendships, and, above all, Riley’s journey of self-discovery." — Kirkus Reviews

"Students looking for a novel with the drama of a reality show and a fun mystery will be fans of Tiffany Brooks’ debut novel. " — School Library Connection