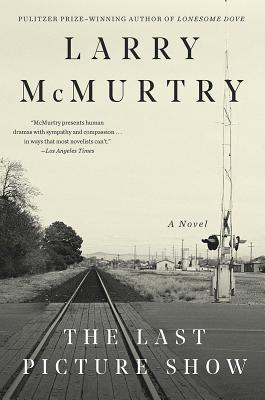 “McMurtry is an alchemist who converts the basest materials to gold.” — New York Times Book Review

The Last Picture Show (1966) is both a rambunctious coming-of-age story and an elegy to a forlorn Texas town trying to keep its one movie house alive. Adapted into the Oscar-winning film, this masterpiece immortalizes the lives of the hardscrabble residents who are threatened by the inexorable forces of the modern world.

Larry McMurtry is an award-winning novelist, essayist, and avid bookseller and collector, who won an Academy Award for the screenplay of Brokeback Mountain with cowriter Diana Ossana. Awarded in 2014 the National Humanities Medal for his body of work, his novels include Lonesome Dove and, most recently, The Last Kind Words Saloon. He lives in Archer City, Texas.