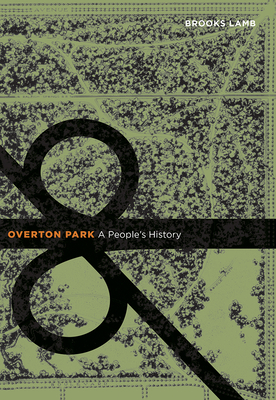 
Email or call for price
At the heart of Memphis lies Overton Park, a 342-acre public space that contains the world-class Memphis Zoo, an old-growth forest, the Memphis College of Art, an amphitheater, and the Memphis Brooks Museum of Art, among other beloved amenities. Founded in 1901, the park has been at the center of both celebration and controversy. Performers like Elvis Presley and Johnny Cash have dazzled audiences there, while local children have long enjoyed its playgrounds and runners its jogging trails. During the civil rights era, desegregating the park became a major goal of local activists, and the park’s Greensward was the scene of protests against the Vietnam War. Late in the 1960s and throughout the 1970s, when the proposed route of Interstate 40 threatened the park, concerned citizens banded together to fight the plan—a struggle that reached the Supreme Court and eventually saved the park for future generations.

This delightfully informative book, filled with historic photos, offers a history of the park from the perspective of those who lived it. Brooks Lamb interviewed nearly a score of Memphians—from civil rights activist Johnnie Turner to U.S. Congressman Steve Cohen, from artist Martha Kelly to retired zookeepers Kathy Fay and Richard Meek—to learn what the park has meant to them and to discover the transformations they have witnessed. The stories they tell reveal a dynamic place that remains, despite changes and challenges, a people’s park and, in the words of one resident, “the heartbeat of Memphis.”
Brooks Lamb is currently the conservation projects manager for rural lands at The Land Trust for Tennessee. A graduate of Rhodes College in Memphis and a 2016 Truman Scholar, he wrote Overton Park with the assistance of the Bonner Scholarship and a fellowship from the Rhodes Institute for Regional Studies.

“If you were born in Memphis, have lived in the city for any length of time, or if you don’t live there but possess an interest in a compelling piece of history, this book by Brooks Lamb is a must read. The anecdotes from a variety of mostly Memphis natives … bring the history of Overton Park to life. Lamb offers a concise and relevant narrative about arguably the most important public space in Memphis.”—Otis Sanford, author, news analyst, and Hardin Chair of Excellence in Economic and Managerial Journalism at the University of Memphis

“Like Overton Park itself, this book is a jewel.”—Bill Haltom, author of Full Court Press: How Pat Summitt, A High School Basketball Player, and A Legal Team Changed the Game

“Overall, this is an excellent book… The combination of history and oral interviews is well done and makes the book a pleasure to read.”—Wayne Dowdy, author of multiple Memphis-focused books, including Crusades for Freedom: Memphis and the Political Transformation of the American South

“Overton Park: A People’s History is an engaging and sobering story of what it takes to make and keep a great urban park. … As recent Rhodes College graduate Brooks Lamb shows, it has taken constant vigilance, citizen leadership, and occasional protest to preserve this nationally significant and locally priceless park. Lamb’s Overton Park biography brings park goers into the history as vitally important actors, explaining how the park captured the hearts of generations of Memphians who grew up with this place and in turn became its defenders. His is a history rich in experience, memories, and emotions. Overton Park is a worthy and timely biography of this wondrous legacy that should forever serve to conserve, refresh, invigorate, and inspire.”—Dr. Cary Fowler, former executive director of the Global Crop Diversity Trust, author of the award-winning Seeds on Ice: Svalbard and the Global Seed Vault’(Prospecta Press, 2016), and recipient of the 2018 Thomas Jefferson Medal in Citizen Leadership

“Overton Park: A People’s History adds immeasurably to our understanding of the history of public recreation and entertainment in 20th century Memphis. As Brooks Lamb brings out the stories and people behind this treasured urban park, his insights into the interplay between race and class help to explain why every public space in Jim Crow Memphis was a contested space and how Overton Park did not become fully the people’s park until recent decades. Overton Park has been the setting for spectacles both large and small, and few are forgotten in this valuable narrative as the author explains how citizens protected the park from interstate highways and residents today have led the park’s rebirth as one of the city’s most vital institutions.”—Dr. Carroll Van West, Tennessee State Historian and Director of the MTSU Center for Historic Preservation

Through the lens of this book, Memphians will see their city anew. Beating at its center is “the Heart of Memphis,” Overton Park. … What a book this is, bringing the park to life in all its facets through all its centenarial history—and resurrecting fond memories in older Memphians like me. Extensive interviews with the heroes (such as attorney Charlie Newman) and heroines (such as civil-rights leader Johnnie Turner) who shepherded the park through its many trials and tribulations make this book truly a people’s history of a truly hallowed place. Read this book! And, like me, y’all are gonna wanna go there. Right now!—J. Baird Callicott, author of Thinking Like a Planet (Oxford UP, 2013) and internationally-renowned environmental philosopher of the land ethic