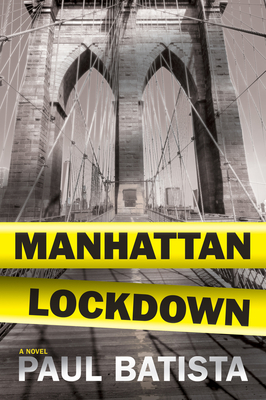 Terrorists’ bombs explode in the Metropolitan Museum of Art

A birthday party on a beautiful summer Sunday afternoon on the roof garden of the Metropolitan Museum of Art; the guest of honor, Roland Fortune, mayor of New York City.

Suddenly multiple explosions rock the entire building. This is not an accident, not a gas leak, but a heinous act of terrorism. Among the injured is the mayor himself, and although he survives, the woman he loves does not. And the terrorism does not stop there. As the city’s other iconic sites are targeted, the mayor throws Manhattan into lockdown.

In the chaos that ensues, law enforcement groups converge on New York City. The FBI, Homeland Security, the armed forces, even the chairman of the Joint Chiefs of Staff and the President, come to the aid of the New York City Police Department.

Amidst this massive joint effort, only New York City Police Commissioner Gina Carbone is closing in on the terrorists. Her tactics well outside legal bounds, her cell operating in total secrecy, Carbone takes vigilantism to a new level. Will her illicit actions succeed—or plunge the city into further catastrophe?

While Manhattan Lockdown is a standalone novel, here is the publication order of Paul Batista’s legal thrillers:


“Paul Batista's provocative tale of a game-changing terrorist attack in New York City is both a superb procedural thriller and stark morality tale that asks how far are we willing to go to stay safe.” —Jon Land, USA Today best-selling author


“This terrific book takes the reader into an all-out battle for the mean streets of Manhattan as some of the worlds most treasured and recognized symbols are blown sky high by terrorists. Police Commissioner Carbone bursts onto the scene as the most frightening and unforgettable character in modern suspense/thrillers.” —Suspense Magazine


“Manhattan Lockdown may well be this summer’s thriller. Its fast-moving plot not only provides entertainment, but will make you think, ‘Could this really happen?’” —San Francisco Book Review


“. . . a suspenseful look at a plausible scenario.” —Publishers Weekly


“A solid thriller that will keep action-craving readers interested.” —Booklist

“Slide over John Grisham and Scott Turow and make room on your narrow bench for Paul Batista to join you as a fellow top legal thriller author.” —Killer Nashville


“The Warriors is immaculately plotted, as you’d expect of such a credentialed author. So for maximum enjoyment, focus on the courtroom and crime action, and let the wild ride carry this thriller.” —New York Journal of Books


“Powerful courtroom scenes and well-drawn characters are pluses…fans of TV commentator Batista won’t want to miss [The Warriors] this one.” —Publishers Weekly


“A real pleasure here is the literate language in the courtroom clashes, plus electric scenes stolen by diminutive, ancient judge Naomi Goldstein.” —Booklist