Love Letters to the Universe: Quotations for Independent Thinkers (Paperback) 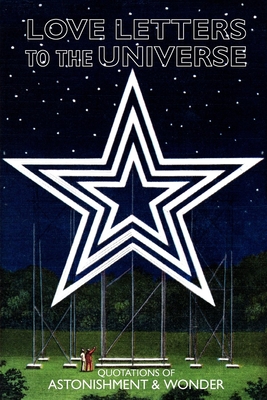 Love Letters to the Universe: Quotations for Independent Thinkers (Paperback)

""What do they call it ... the primordial soup? The glop? That heartbreaking second when it all got together, the sugars and the acids and the ultraviolets, and the next thing you knew there were tangerines and string quartets.""
- Edward Albee

The mystery of creation is the underlying theme of this gathering of quotations. They were collected in a lifetime of reading. Richard Kehl says that when he happened on words which quickened his breath or caused the hair to stand up on the back of his neck he knew that these were words which he wanted to remember. He has assembled this book in the hope that it will offer to others a similar excitement.

Richard Kehl is an artist, teacher, and author. He attended the Kansas City Art Institute where he became soexcited about art that "he didn't sleep until he was thirty." One of his first projects was a mural for the Vatican Pavilion at the 1964 World's Fair. He was a professor of art at The University of Washington formany years and is now retired. He collects images, and his hobby is exploring foreign metropolises on foot.