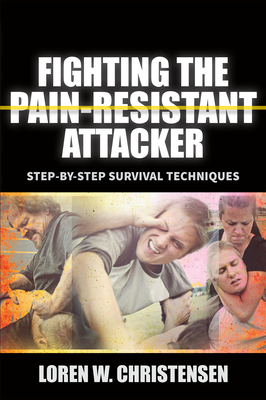 There is a truth in the world of hand-to-hand combat that too many martial artists aren't aware of or refuse to believe. Every time you discover a sure technique, one that makes all your training partners groan and writhe in agony, there exists out there in the mean streets a host of people who won't feel it. People like these:

Loren W. Christensen draws on decades of martial arts training and law enforcement experience, giving you techniques to survive the worst-case scenario. This book isn't about working out with a training partner. It's about surviving a desperate street attack against a nightmare adversary who doesn't acknowledge what you thought was your best shot.

Loren W. Christensen has been involved with martial arts since 1965. He has earned an 8th dan in American Free Style Karate, 2nd dan in Jujitsu, and 1st dan in Modern Arnis. Loren has authored over 50 books (a couple non-fiction), and has written popular articles for numerous martial arts magazines during the past 30 years. Loren was inducted into the 2001 Masters Hall of Fame for a Golden Lifetime Achievement Award. He is a retired Army MP and Portland Police Officer. Loren Christensen resides in Portland Oregon.