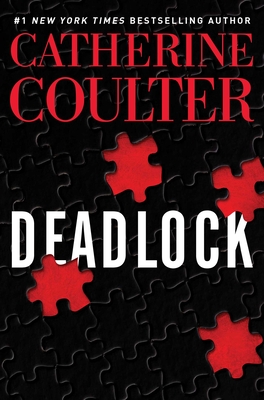 This is book number 24 in the An FBI Thriller series.

A young wife is forced to confront a decades-old deadly secret when a medium connects her to her dead grandfather.

A vicious psychopath wants ultimate revenge against Savich, but first, she wants to destroy what he loves most—his family.

A series of three red boxes are delivered personally to Savich at the Hoover Building, each one containing puzzle pieces of a town only FBI agent Pippa Cinelli recognizes. Savich sends in Cinelli to investigate undercover but someone knows who she is.

Savich and Sherlock are up to their eyebrows in danger, but can they figure out the red box puzzle and the young wife’s secret before it’s too late?
Catherine Coulter is the #1 New York Times bestselling author of eighty-four novels, including the FBI Thriller series and The Brit in the FBI international thriller series, cowritten with J.T. Ellison. Coulter lives in Sausalito, California, with her Übermensch husband and their two noble cats, Peyton and Eli. You can reach her at ReadMoi@Gmail.com or visit Facebook.com/CatherineCoulterBooks.
Praise for Deadlock

"Intricate... Coulter expertly weaves all the plot threads together. Fans of extravagant thrillers with a paranormal tinge will be satisfied." (Publishers Weekly)

"Deadlock was a thriller from start to finish, and even if intense at times, it was an enjoyable ride, especially with terrific our marvelous heroes. Catherine Coulter once again gives us a fabulous story, with so many different surprises and excitement all the way to the climax... a fast-paced, exciting, intriguing, suspenseful mystery. If you like suspense, mysteries, espionage, especially in the world of CIA/FBI, I wholly suggest you read Deadlock." (thereadingcafe.com)

"The 23rd installment in Catherine Coulter's FBI Thriller series comes out this summer, and you're going to want to grab a copy." (Bustle)

"Catherine Coulter is one of the bonafide rockstars of the thriller genre, and her last book, Paradox, was as good as anything she’s written. Labyrinth promises to be another 'white-knuckled' thriller, which means Coulter’s fans better get their pre-ordering on nice and early." (The Real Book Spy)

"Pulse-pounding...Coulter fans will have a tough time putting this one down." (Publishers Weekly)

“If there’s one thing that readers can count on in a Coulter novel it is that she always delivers amazingly eerie and complex thrillers.” (RT Book Reviews)

“Action is nonstop ... Perfect reading for the beach and beyond.” (Booklist)

“Bestseller Coulter is at the top of her game in her 21st FBI thriller featuring married agents Dillon Savich and Lacey Sherlock (after 2016’s Insidious).” (Publishers Weekly)