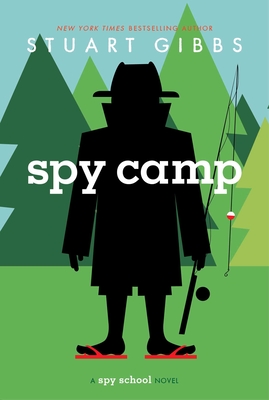 In the second book in the New York Times bestselling Spy School series, top-secret training continues into summer for aspiring spy Ben Ripley—and so does the danger.

Ben Ripley is a middle schooler whose school is not exactly average—he’s spent the last year training to be a top-level spy and dodging all sorts of associated danger. So now that summer’s finally here, Ben would like to have some fun and relax. But that’s not going to happen during required spy survival training at a rustic wilderness camp, where SPYDER, an enemy spy organization, has infiltrated the spies’ ranks. Can Ben root out the enemy before it takes him out—for good?
Stuart Gibbs is the New York Times bestselling author of the Charlie Thorne series, FunJungle series, Moon Base Alpha series, Once Upon a Tim series, and Spy School series. He has written screenplays, worked on a whole bunch of animated films, developed TV shows, been a newspaper columnist, and researched capybaras (the world’s largest rodents). Stuart lives with his family in Los Angeles. You can learn more about what he’s up to at StuartGibbs.com.