Architectural Digest at 100: A Century of Style (Hardcover) 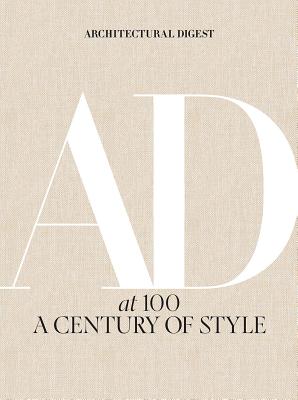 Architectural Digest at 100: A Century of Style (Hardcover)

Architectural Digest at 100 celebrates the best from the pages of the international design authority. The editors have delved into the archives and culled years of rich material covering a range of subjects. Ranging freely between present and past, the book features the personal spaces of dozens of private celebrities like Barack and Michelle Obama, David Bowie, Truman Capote, David Hockney, Michael Kors, and Diana Vreeland, and includes the work of top designers and architects like Frank Gehry, David Hicks, India Mahdavi, Peter Marino, John Fowler, Renzo Mongiardino, Oscar Niemeyer, Axel Vervoordt, Frank Lloyd Wright, and Elsie de Wolfe. Also included are stunning images from the magazine’s history by photographers such as Bill Cunningham, Horst P. Horst, Simon Upton, Francois Dischinger, Francois Halard, Julius Shulman, and Oberto Gili.
Amy Astley was named editor-in-chief of Architectural Digest in 2016. She previously worked at House & Garden and Vogue before becoming the founding editor of Teen Vogue, a position she held for 13 years. She resides in New York City.
“The book is really a survey of how Americans have lived – and how American life has changed – over the past 100 years.”
— Los Angeles Times

"Architectural Digest At 100: A Century Of Style Is A Must-Have Book!"
— Interior Design Magazines

“See Inside the Homes of John Travolta, David Bowie and More Celebs in this New Book.”

“Best A-list Celebrity Homes of the Past 100 Years: A New Book by Architectural Digest Looks Back at the Most Glamorous Homes Ever to Appear in its Pages”

“…even if you can’t live in one of these abodes, at least you can have a small piece of it on your coffee table.”
— Fortune Magazine

“It’s a centenary celebration of homes past and present.”
— Associated Press

“Written in the elevated quality that only the editors of Architectural Digest can master so well, AD at 100: A Century of Style is the world’s newest guide to the best and brightest designs to inspire your next big home project.”
— The Editorialist