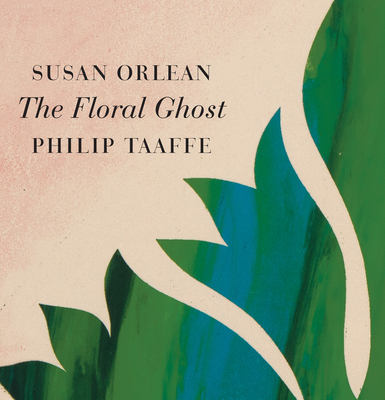 
On Our Shelves Now
This one-of-a-kind collaboration between acclaimed author Susan Orlean and celebrated artist Philip Taaffe unites the literary and the visual, the nostalgic and the optimistic, and brings greenery to your bookshelf. Taking inspiration from the rapidly dwindling flower district of New York City, Orlean and Taaffe offer tandem musings on the conceit of the floral ghost. Orlean's essay, one of her first botanically themed writings since she penned the widely lauded The Orchid Thief, reflects on a poignant moment when she first visited the district in its resplendent heyday. Her text is accompanied by Taaffe's colorful silkscreen monotypes--a bouquet of paper and ink recalling the unique yet universal nature of time passing and petals fading. An evocative rendering of both the memories of youth and the ephemeral nature of the cityscape, The Floral Ghost makes an elegant gift for every aspiring writer, artist and dreamer who moves to a city to make his or her mark or who admires its mutable glory from afar.
Susan Orlean (born 1955) is the bestselling author of eight books, including The Bullfighter Checks Her Makeup; My Kind of Place; Saturday Night; and Lazy Little Loafers. In 1999, she published The Orchid Thief, a narrative about orchid poachers in Florida, which was made into the Academy Award-winning film Adaptation, written by Charlie Kaufman and directed by Spike Jonze. Her 2011 book, Rin Tin Tin: The Life and the Legend, was a New York Times bestseller. Orlean has been a staff writer for the The New Yorker since 1992. She lives in Los Angeles and upstate New York.
Philip Taaffe was born in Elizabeth, New Jersey, in 1955, and studied at the Cooper Union in New York. He has exhibited worldwide since his first solo exhibition in New York, in 1982. Taaffe has traveled widely in the Middle East, South America and Morocco, where he collaborated with Mohammed Mrabet on the 1993 book Chocolate Creams and Dollars, translated by Paul Bowles. His work is in numerous public collections, including The Museum of Modern Art, New York, the Philadelphia Museum of Art and the Whitney Museum of American Art. Taaffe lives and works in New York and West Cornwall, Connecticut.