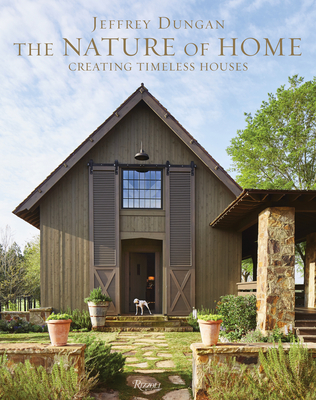 Following in the tradition of populist architects Gil Schafer and Bobby McAlpine, Dungan designs new traditional houses for today—houses with clean lines, made with stone and wood, that carry an air of lasting beauty and that are made to be handed on to future generations. In his first book, Dungan shares his advice and insight for creating these “forever” houses and explores eight houses in full, from a beach house on the Gulf Coast to a farmhouse in the Southern countryside to a family home in the Blue Ridge Mountains. All speak of authenticity, timelessness, and lived history that reveals itself through the rich patinas and natural textures that come with age. Layered in between are thematic essays and imagery celebrating the importance of elements such as light, stone, and rooflines in creating a home.
Acclaimed Southern architect Jeffrey Dungan grew up on a small Alabama farm. He has been honored with awards from the American Institute of Architects as well as the 2017 Southeast Architect of the Year Award by Veranda magazine and ADAC. He was named a fellow in 2015 of the Institute of Classical Architecture and Art and has won three coveted Shutze Awards from the ICAA, where he has been named a Shutze Fellow. Dungan’s work has been featured in Veranda, The Wall Street Journal, Garden & Gun, Southern Living, and House Beautiful. William Abranowicz is an acclaimed and widely published photographer whose work is found in prestigious collections throughout the world.
"Lauded Southern architect Dungan offers a grand vision of the traditional home in his first monograph. His work is bold, big and informed by a deep connection to nature...Epic vistas, cathedral ceilings, stone, shingle and natural light abound. William Abranowicz’s photographs capture the dramatic interplay between Dungan’s creations and the natural world." —Business of Home

"Alabama architect Jeff Dungan compiles his life’s work creating houses with soul, enduring materials, and a connection to the land around them." —Garden & Gun