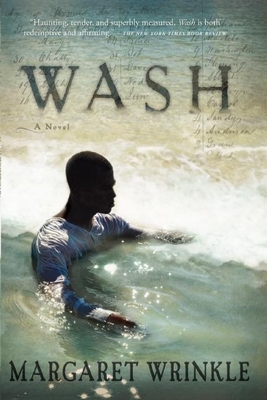 
On Our Shelves Now
WINNER OF THE FLAHERTY-DUNNAN FIRST NOVEL PRIZE
FINALIST FOR THE 2014 CHAUTAUQUA PRIZE One of Time Magazine's 21 Female Authors You Should Be Reading
Named a Best Book of 2013 by the Wall Street Journal
A New York Times Editors' Choice
An O Magazine Top Ten Pick In early 1800s Tennessee, two men find themselves locked in an intimate power struggle. Richardson, a troubled Revolutionary War veteran, has spent his life fighting not only for his country but also for wealth and status. When the pressures of westward expansion and debt threaten to destroy everything he's built, he sets Washington, a young man he owns, to work as his breeding sire. Wash, the first member of his family to be born into slavery, struggles to hold onto his only solace: the spirituality inherited from his shamanic mother. As he navigates the treacherous currents of his position, despair and disease lead him to a potent healer named Pallas. Their tender love unfolds against this turbulent backdrop while she inspires him to forge a new understanding of his heritage and his place in it. Once Richardson and Wash find themselves at a crossroads, all three lives are pushed to the brink.
Born and raised in Birmingham, Alabama, Margaret Wrinkle is a writer, filmmaker, educator, and visual artist. Her award-winning documentary, broken\ground, about the racial divide in her historically conflicted hometown, was featured on NPR's Morning Edition and was a winner of the Council on Foundations Film Festival.