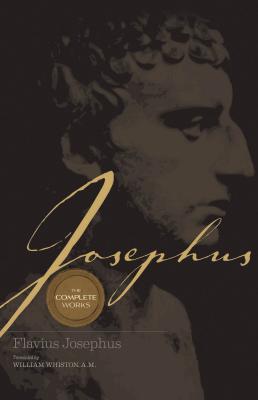 Flavius Josephus was a first-century Pharisee, soldier, informant to the Romans, and writer. He left behind the most extensive writings on ancient Jewish history still in existence.

These are his complete collected writings in a beautiful hardcover edition.

If you want to understand and immerse yourself in the Jewish history, culture, and community of Jesus, let Josephus: The Complete Works open your eyes. Flavius Josephus--first-century Pharisee, Jewish historian, Roman consultant, and writer--documented aspects of life during the time of Christ, giving us extensive writings on ancient Jewish history.

By studying Josephus' works, you'll gain a behind-the-scenes look at biblical figures, including Abraham, Moses, John the Baptist, and James the brother of Jesus; plus insights into the Dead Sea Scrolls community, Sadducees and Pharisees, the War of the Jews, and more.