The Lord Of The Rings Sketchbook (Hardcover) 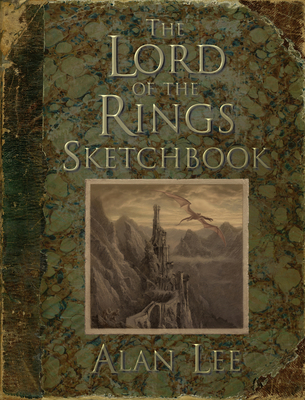 The Lord Of The Rings Sketchbook (Hardcover)


Usually Ships in 1-5 Days
Alan Lee, the Oscar-winning conceptual designer for the Lord of the Rings movie trilogy, discusses his approach to depicting Tolkien’s imaginary world. The book presents more than 150 of Lee’s celebrated illustrations to show how his imagery for both the illustrated Lord of the Rings and the films progressed from concept to finished art. In addition, the book contains 20 full-color plates and numerous examples of the conceptual art produced for Peter Jackson’s film adaptation.

The Lord of the Rings Sketchbook provides a wealth of background information and will be of interest to those who know and love Tolkien’s work, from books to films to DVDs, as well as to budding artists and illustrators interested in how to approach book illustration.
ALAN LEE was born in Middlesex in 1947. His illustrated books include Faeries (with Brian Froud), Castles and Merlin Dreams, and the three ‘Great Tales’ of Middle-earth: The Children of Húrin, Beren and Lúthien, and The Fall of Gondolin. He has worked on such prestigious films as Erik the Viking (Terry Gilliam), Legend (Ridley Scott), and the acclaimed NBC miniseries Merlin. He is best known, however, for his work on the books The Hobbit and The Lord of the Rings, and now the film versions.