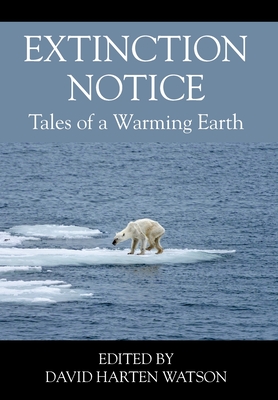 Global warming is real, is caused by human activities, and is a serious threat to our planet. Science fiction is the best way to draw attention to it: with the speculative fiction in Extinction Notice: Tales of a Warming Earth, editor David Harten Watson has gathered stories from authors on four continents that will hold readers to the very last page.

Extinction Notice is packed with everything from humor and political satire to romance and horror, even poetry and songs, all with at least a dash of science fiction. Most stories are suitable for all ages, but the handful of stories containing adult language have a warning at the top.

These speculative fiction stories show, in a very entertaining way, what sorts of horrible calamities can happen in the future if humans don't act soon to stop global warming. While some of the stories show the disastrous effects of climate change, other stories provide examples of ways we can mitigate climate change and make the future of our planet more livable.

Profits from sales of Extinction Notice will be donated to environmental charities.