Gift from the Sea (Hardcover) 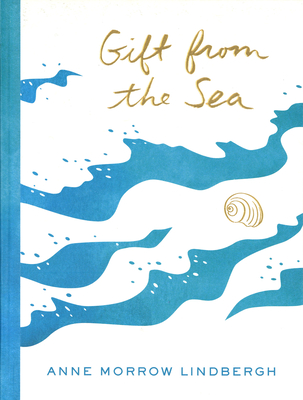 Gift from the Sea (Hardcover)


On Our Shelves Now
With meditations on youth and age, love and marriage, peace, solitude, and contentment, here is an inimitable classic that guides us to find a space for contemplation and creativity in our own lives.

"Gift from the Sea is like a shell itself in its small and perfect form ... It tells of light and life and love and the security that lies at the heart." —New York Times Book Review

Drawing inspiration from the the shells on the shore, Lindbergh's musings on the shape of a woman's life will bring new understanding to readers, male and family, at any stage of life. A mother of five and professional writer, she casts an unsentimental eye at the trappings of modern life that threaten to overwhelm us—the timesaving gadgets that complicate our lives, the overcommitments that take us from our families.

With great wisdom and insight she describes the shifting shapes of relationships and marriage, presenting a vision of a life lived in enduring and evolving partnership. A groundbreaking work when it was first published, this book has retained its freshness as it has been rediscovered by generations of readers and is no less current today.
Anne Morrow Lindbergh was born in 1906. She married Charles Lindbergh in 1929 and became a noted aviator in her own right, eventually publishing several books on the subject and receiving several aviation awards. Gift from the Sea, published in 1955, earned her international acclaim. She was inducted into the National Aviation Hall of Fame, the National Women's Hall of Fame, and the Aviation Hall of Fame of New Jersey. War Within and Without, the penultimate installment of her published diaries, received the Christopher Award in 1980. Mrs. Lindbergh died in 2001 at the age of ninety-four.
"Gift from the Sea is like a shell itself in its small and perfect form ... It tells of light and life and love and the security that lies at the heart." —New York Times Book Review