Observing the Night Sky with Binoculars: A Simple Guide to the Heavens (Paperback) 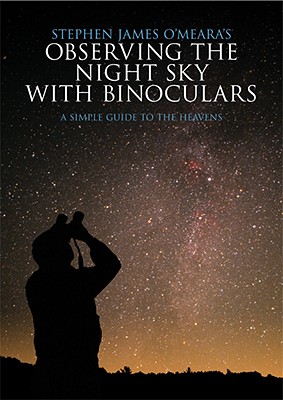 Observing the Night Sky with Binoculars: A Simple Guide to the Heavens (Paperback)

Steve O'Meara on skywatching with binoculars - Listen to the Podcast interview by EarthSky:
About Steve O'Meara
Stephen James O'Meara, award-winning visual observer, is columnist and contributing editor for Astronomy magazine and former Eye on the Sky columnist for Sky & Telescope. He is the recipient of the prestigious Caroline Herschel Award, the Lone Stargazer Award, as well as the Omega Centauri Award for "his efforts in advancing astronomy through observation, writing, and promotion, and for sharing his love of the sky." The International Astronomical Union named asteroid 3637 O'Meara in his honor. As the first to sight Halley's Comet on its return in 1985, his remarkable skills continually reset the standard of quality for other visual observers.
For more exciting titles by O'Meara, please click here.