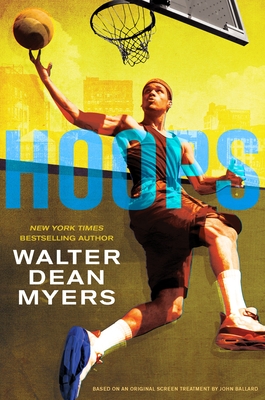 By Walter Dean Myers, John Ballard (From an idea by)

By the groundbreaking author of the award-winning Monster–a visionary who influenced and inspired a generation–this fast-paced and poignant story reveals the fierce underworld of sports.

All eyes are on seventeen-year-old Lonnie Jackson while he practices with his team for a city-wide basketball Tournament of Champions. His coach, Cal, knows Lonnie has what it takes to be a pro basketball player, but warns him about giving in to the pressure. Cal knows because he, too, once had the chance—but sold out.

As the tournament nears, Lonnie learns that some heavy bettors want Cal to keep him on the bench so that the team will lose the championship. As the last seconds of the game tick away, Lonnie and Cal must make a decision. Are they willing to blow the chance of a lifetime?

1937–2014
WALTER DEAN MYERS was one of the premier authors of children’s books. Random House Children’s Books is the publisher of many of his titles, including On a Clear Day, 145th Street: Short Stories, Hoops, The Outside Shot, and What They Found: Love on 145th Street. Among his many honors are Monster, the first Printz award winner and two Newbery Honor Books, Scorpions and Somewhere in the Darkness. He is also a two-time recipient of the Coretta Scott King Award, for Now Is Your Time! and Fallen Angels. In addition, Myers has received the Margaret A. Edwards Award for his contribution to young adult literature. Myers was also named the 2012-2013 National Ambassador for Young People’s Literature.