The Birth of Tragedy: Out of the Spirit of Music (Paperback) 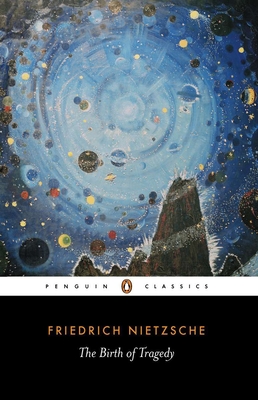 The Birth of Tragedy: Out of the Spirit of Music (Paperback)


Usually Ships in 1-5 Days
The first book by the author of the classic philosophical text Beyond Good and Evil.

The youthful faults of this work were exposed by the author himself in the brilliant Attempt at a Self-Criticism, which he added to the new edition of 1886. But the book, whatever its excesses, remains one of the most relevant statements on tragedy ever penned. It exploded the conception of Greek culture that was prevalent down through the Victorian era, and it analyzed themes developed in the twentieth century by classicists, existentialists, psychoanalysts, and others.
The philosopher Friedrich Nietzsche was born in Prussia in 1844. After the death of his father, a Lutheran minister, Nietzsche was raised from the age of five by his mother in a household of women. In 1869 he was appointed Professor of Classical Philology at the University of Basel, where he taught until 1879 when poor health forced him to retire. He never recovered from a nervous breakdown in 1889 and died eleven years later. Known for saying that “god is dead,” Nietzsche propounded his metaphysical construct of the superiority of the disciplined individual (superman) living in the present over traditional values derived from Christianity and its emphasis on heavenly rewards. His ideas were appropriated by the Fascists, who turned his theories into social realities that he had never intended.

Shaun Whiteside’s translations include Nietzsche’s The Birth of Tragedy and Musil’s The Confessions of Young Törless for Penguin Classics.