The Runaway Bunny Padded Board Book (Board book) 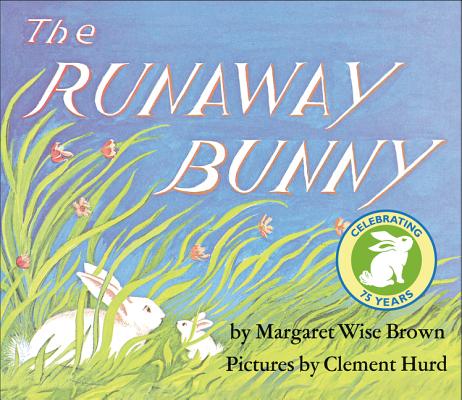 The Runaway Bunny Padded Board Book (Board book)

This padded board book edition of The Runaway Bunny is perfect for babies and toddlers!

“If you run away,” said his mother, “I will run after you. For you are my little bunny.”

A little bunny keeps running away from his mother in this imaginary game of hide-and-seek. Children will be profoundly comforted by this lovingly steadfast mother who finds her child every time.

The Runaway Bunny, first published in 1942 and never out of print, has indeed become a classic. Generations of readers have fallen in love with the gentle magic of its reassuring words and loving pictures. With a soft, padded cover, rounded edges, and sturdy board book pages, this edition is perfect for sharing with babies and toddlers.

Margaret Wise Brown, cherished for her unique ability to convey a child’s experience and perspective of the world, transformed the landscape of children’s literature with such beloved classics as Goodnight Moon and The Runaway Bunny. Other perennial favorites by Ms. Brown include My World; Christmas in the Barn; The Dead Bird; North, South, East, West; and Good Day, Good Night.

Clement Hurd (1908–1988) is best known for illustrating Goodnight Moon and The Runaway Bunny, the classic picture books by Margaret Wise Brown. He studied painting in Paris with Fernand Léger and others in the early 1930s. After his return to the United States in 1935, he began to work in children's books. He illustrated more than one hundred books, many of them with his wife, Edith Thacher Hurd, including the Johnny Lion books, The Day the Sun Danced, and The Merry Chase. A native of New York City, he lived most of his life in Vermont and California.

“Delightful. What mother, human, or rabbit, doesn’t want to keep that new little one in their sight at all times?” — Brightly