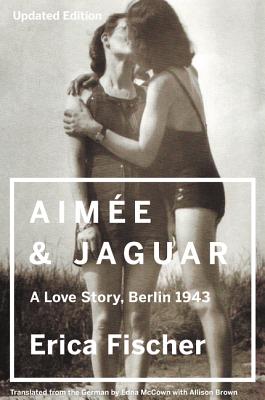 This powerful, poignant, and inspirational novel, a Lambda Literary Award winner, is the true story of two unlikely lovers set against World War II Berlin—a riveting chronicle of love, loyalty, and survival against all odds.

Berlin 1942. Lilly Wust, 29, married, four children, led a life as did millions of German women. But then she met the 21-year-old Felice Schragenheim.

It was love almost at first sight. Aimée and Jaguar started forging plans for the future. They composed poems and love letters to each other, and wrote their own marriage contract. When Jaguar-Felice admitted to her lover that she was Jewish, this dangerous secret drew the two women even closer to one another. But their luck didn’t last. On August 21, 1944, Felice was arrested and deported.

At the age of 80, Lilly Wust told her story to Erica Fischer, who turned it into a poignant testimony. After the book appeared in 1994 she was contacted by additional contemporaries of Aimée and Jaguar, who offered new material that has been integrated into the present edition.

The book, translated into twenty languages, and the film based on it—directed by Max Färberböck, with Juliane Köhler and Maria Schrader in the leading roles—have made Aimée and Jaguar’s story known around the world.

Erica Fischer was born in 1943 in England. Her parents were refugees there and returned to Austria with their two children in 1948. Erica Fischer studied at the Interpreting Institute of the University of Vienna, was a founding member of the second wave women's movement in Vienna, and started working there as a journalist in the mid-1970s. She has been living in Germany since 1988 as a freelance journalist, writer, and translator, residing in Berlin since 1994.

“Vivid and compelling...As moving and inspiring as it is tragic.” — Lillian Faderman, author of Odd Girls and Twilight Lovers